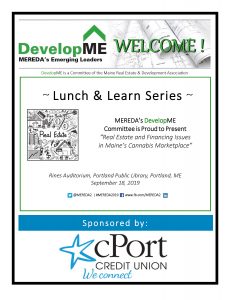 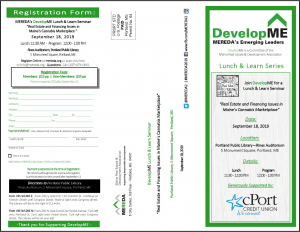 Maine Real Estate & Development Association’s (MEREDA’s) DevelopME Committee is pleased to present “Real Estate and Financing Issues in Maine’s Cannabis Marketplace” at the Portland Public Library’s Rines Auditorium on September 18, 2019 from 11:30 a.m.—1:00 p.m. Come hear from industry members and stakeholders on the current climate for conducting business with cannabis companies here in Maine with a focus on land use regulations, municipal relations, and banking & financing hurdles. We will be joined by Josh Quint, Director of Operations for Canuvo, one of the state’s 8 licensed medical marijuana dispensaries, Garrett Corbin, a Legislative Advocate for the Maine Municipal Association, and Gene Ardito, President and CEO of cPort Credit Union. The conversation will be moderated by Eric Collins, an Associate at Furman Gregory Deptula.

Joshua Quint is Director of Operations for Canuvo, one of four vertically integrated Medical Marijuana Dispensaries licensed by the State of Maine.  Josh has helped lead Canuvo to the forefront of the cannabis market in Maine.  In this position for the past 6 years, Josh interacts with all aspects of the cannabis industry, from cultivation facility design to product development to public policy.  Josh has worked with regulators and legislators at the municipal, state and federal level to improve state-run marijuana programs and ensure public health and safety standards for businesses operating in the cannabis market.  Josh was born and raised in Minot, Maine and now resides in Bridgton.

Garrett Corbin began working as a Legislative Advocate for the Maine Municipal Association in April 2013. Garrett received his BA degree from Boston University, his Juris Doctor (JD) from the University of Maine School of Law, and his MA from the Muskie School. Before coming to MMA, Garrett worked in a number of capacities with and for the Maine Legislature. Garrett’s advocacy is focused in the areas of energy, marijuana legalization, intergovernmental relations and judiciary.

Gene Ardito has held the role of President and CEO of cPort Credit Union since 2004. With assets of over $230 million, cPort Credit Union employs 81 staff and serves over 24,000 members with four locations in Portland, Augusta and Scarborough. cPort was founded in 1931 as the Government Employees Credit Union of Maine, serving primarily federal employees including postal workers and military personnel. In 2005, Ardito led the expansion of the credit union’s charter to serve Maine’s five most populous counties and rebranded GECUME to cPort Credit Union. In 2018, cPort Credit Union opened its third Portland branch at 35 Middle Street in the Old Port. 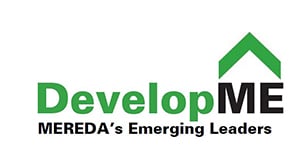 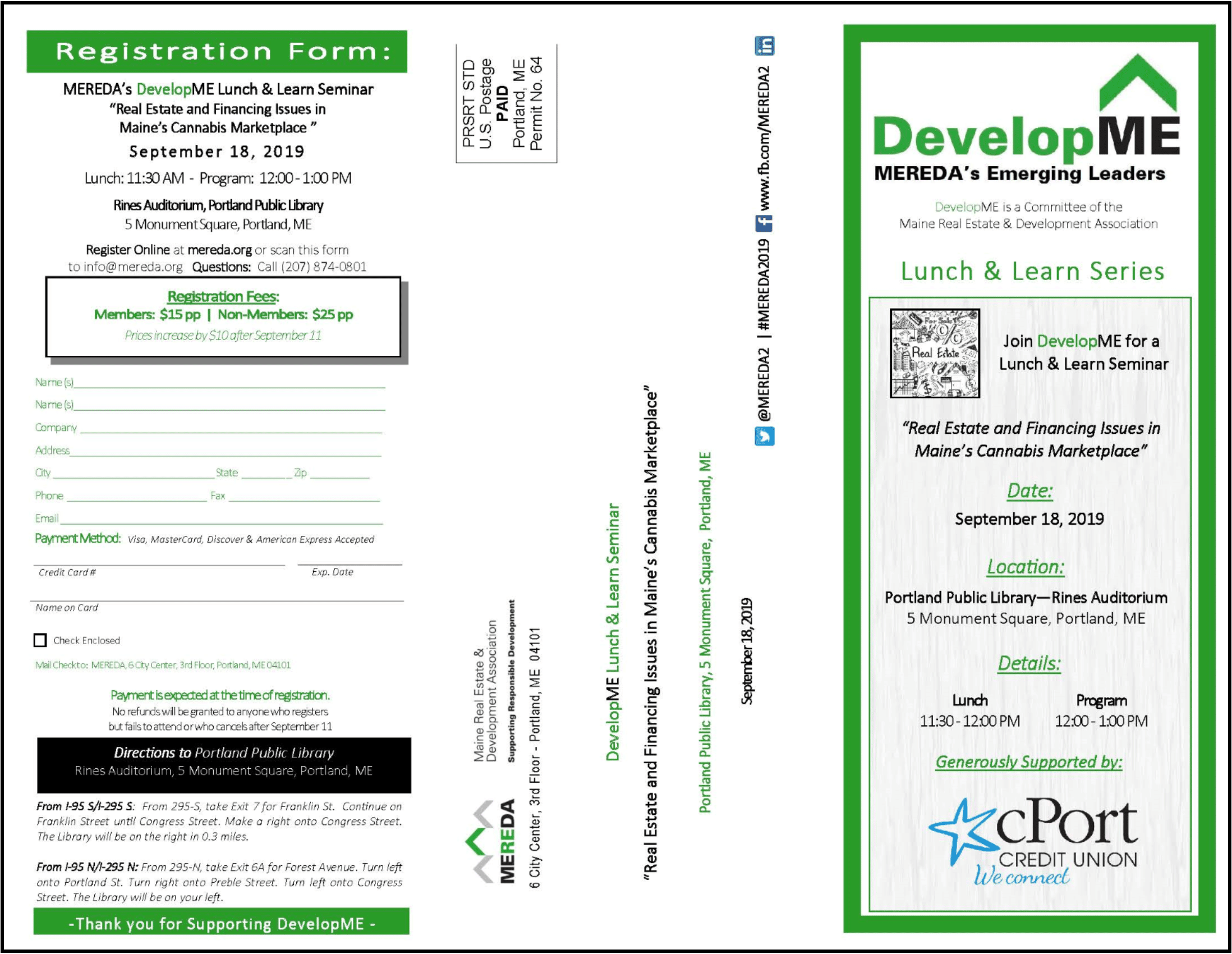