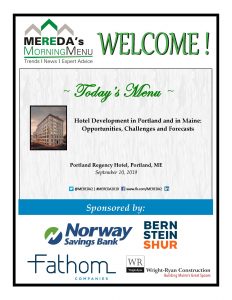 We have reached maximum capacity at the venue. This event is now sold out. 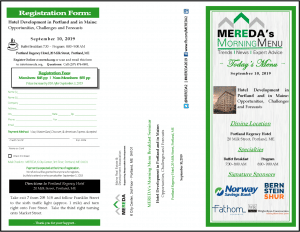 Matthew Arrants, one of the hospitality industry’s most respected professionals, and James Brady, one of Portland’s most prominent hotel developers, will share their views on the excitement and challenges of building hotels in both Portland and in Maine – and the prognosis for the hospitality industry in the immediate future.  Matt Arrants is the Executive Vice President of Pinnacle Advisory Group in Boston, and is the former Chairman of the International Society of Hospitality Consultants.  He holds a Masters’ Degree in Hotel Administration from Cornell University and has worked in various managerial capacities for Four Seasons Hotel and with Rock Resorts.  Jim Brady is the moving force behind Portland’s dynamic Press Hotel, and is currently working on the new Hilton Canopy on Commercial Street in Portland.  Mr. Brady has also been involved in hotel development and management throughout the State of Maine, United States, and Europe.  This powerful ensemble will provide their thoughts and anecdotes on the history of the hospitality industry regionally – and their best guesses for our future.

Make plans to join us for breakfast on September 10 from 7:30 AM – 9 AM at the Portland Regency Hotel as we kick off our 2019/2020 Morning Menu Breakfast Series as Matthew Arrants, one of the hospitality industry’s most respected professionals, and James Brady, one of Portland’s most prominent hotel developers, share their views on the excitement and challenges of building hotels in both Portland and in Maine – and the prognosis for the hospitality industry in the immediate future.   Moderated by David Soley of Bernstein Shur.

Matthew Arrants, ISHC, CHAM is the Executive Vice President of Pinnacle Advisory Group, working in both the Boston and Portland offices. As Pinnacle’s Director of Asset Management Services, Matt specializes in asset management, development services, and operational reviews. His clients include hotels, universities, hospitals, real estate investment funds, and lenders. Matt is currently a board member of the Hotel Asset Manager’s Association (HAMA) and leads that group’s marketing committee.  Matt holds the prestigious Certified Hotel Asset Manager (CHAM) designation from HAMA and a former Chairman of the International Society of Hospitality Consultants, a group of the hospitality industry’s most respected professionals from across six continents.

Jim Brady is a real estate developer with extensive experience designing, constructing and operating branded and non-franchised hotel properties. He is the developer of The Press Hotel, a 110 room Autograph Collection in Portland, Maine. Following the opening in May 2015, the hotel has won several prestigious awards, scores within the top 5% of all Autograph Collection Marriott hotels, is the Portland market RevPAR leader as well as TripAdvisor’s #1 hotel in the market.

In 2017 Jim founded Fathom Companies, where he serves as the President and Director, specializing in the development of mixed use, hospitality, and redevelopment of historic properties. Currently, Fathom has many ongoing development projects, including a 135 room Canopy by Hilton to be located on Commercial Street.

Prior to Fathom, Jim co-founded and served as President of Olympia Development for 10 years. Olympia Development completed over $200 million in real estate projects, including five ground-up hotels, and was named “Developer of the Year” in 2004 by Hilton Hotels Corporation worldwide. After leaving Olympia in 2008 to live in Bologna Italy, he served as Project Director for MProject on a €400 million redevelopment of multiple projects including the planning, approvals and design management of a historic rehabilitation of the famed Excelsior and Des Bains Hotels working with Four Seasons Hotels & Resorts to convert to hotel and branded residences. 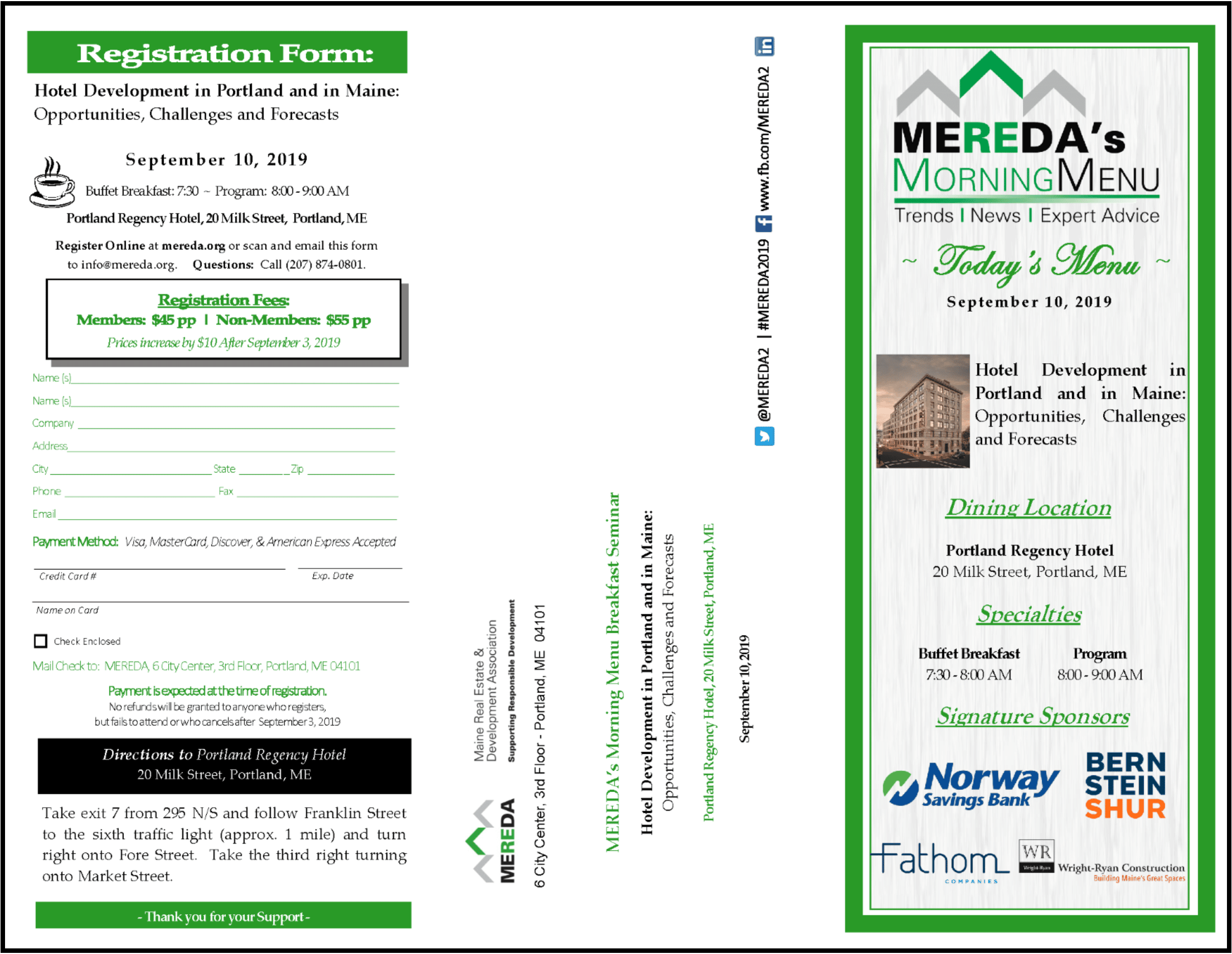