MEREDA Announces Appointments to Board of Directors

PORTLAND, Maine (February 6, 2018) Donald McFadden, C.G., Director of Environmental Services at St.Germain Collins, and resident of Scarborough, and Mark Stasium, of Portland, Senior Vice President in the Commercial Real Estate Lending Division of Camden National Bank, have been elected to the board of directors of the Maine Real Estate & Development Association (MEREDA), a statewide organization of commercial real estate owners, developers and related service providers. 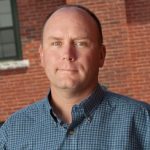 Don McFadden Don McFadden joined St.Germain Collins in 2014 and has been providing environmental consulting services in Maine and throughout New England for more than 23 years. He has specific expertise in assessing risk and liability associated with commercial and industrial real estate and the interpretation of geologic, groundwater and chemical data. Prior to joining St. Germain Collins, Don owned and operated Black Point Environmental Consulting, LLC. Don has served on MEREDA’s Conference Committee for the past three years. 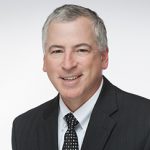 “Both St.Germain Collins and Camden National Bank have been great supporters of MEREDA over the years. Don and Mark bring a wealth of expertise to the group and we are excited to work with them now at the Board level,” says Shelly R. Clark, Vice President of Operations for MEREDA.