J.B.Brown & Sons was founded in 1828 and is one of the oldest and largest property owners in the greater Portland area. Join us for a MEREDA breakfast whereby our state historian, Earle G. Shettleworth, Jr. shares how the company was founded and the impact this person and the company has had on Maine.  The talk will focus on the past as well as the future.  The president of J.B. Brown & Sons – Vin Veroneau will talk about the current breadth and expanse of the company, as well as showcase some of the current projects in the works.

Make plans to join us on Nov. 14, 2019 from 7:30 AM – 9:00 AM at the Clarion Hotel in Portland to learn about one of the oldest and largest property owners in the greater Portland area, J.B. Brown & Sons. Join us for breakfast, network with your colleagues and enjoy learning about this very interesting company and it’s impact on the built environment!

A native of Portland, Maine, Earle G. Shettleworth, Jr. attended Deering High School, Colby College, and Boston University and was the recipient of honorary doctorates from Bowdoin College and the Maine College of Art. At the age of thirteen, Shettleworth became interested in historic preservation through the destruction of Portland’s Union Station in 1961. In 1971 he was appointed by Governor Curtis to serve on the first board of the Maine Historic Preservation Commission, for which he became architectural historian in 1973 and director in 1976. He retired from that position in 2015. Mr. Shettleworth has lectured and written extensively on Maine history and architecture and has served as State Historian since 2004.

Vin Veroneau joined J.B. Brown as President in January 2005. He has been involved in commercial real estate development, asset management, and marketing since 1987. Prior to his association with the Company, he was a partner at North Atlantic Commercial Brokers in Portland, Maine, and a commercial leasing manager with Northland Development Corporation. He holds a B.S. in Finance from the University of San Francisco, an M.B.A from the University of Southern Maine, and a J.D. from the University of Maine School of Law. In addition, he has taken several real estate courses in the Community Planning & Development graduate program at the Muskie School of Public Policy. He currently serves as a Director of both Bangor Savings Bank and DBH Management, Inc. and is a Trustee of Waynflete School.

Your RSVP is requested by November 7. Payment is expected at the time of registration. No refunds will be granted to anyone who registers, but fails to attend or who cancels after November 7. 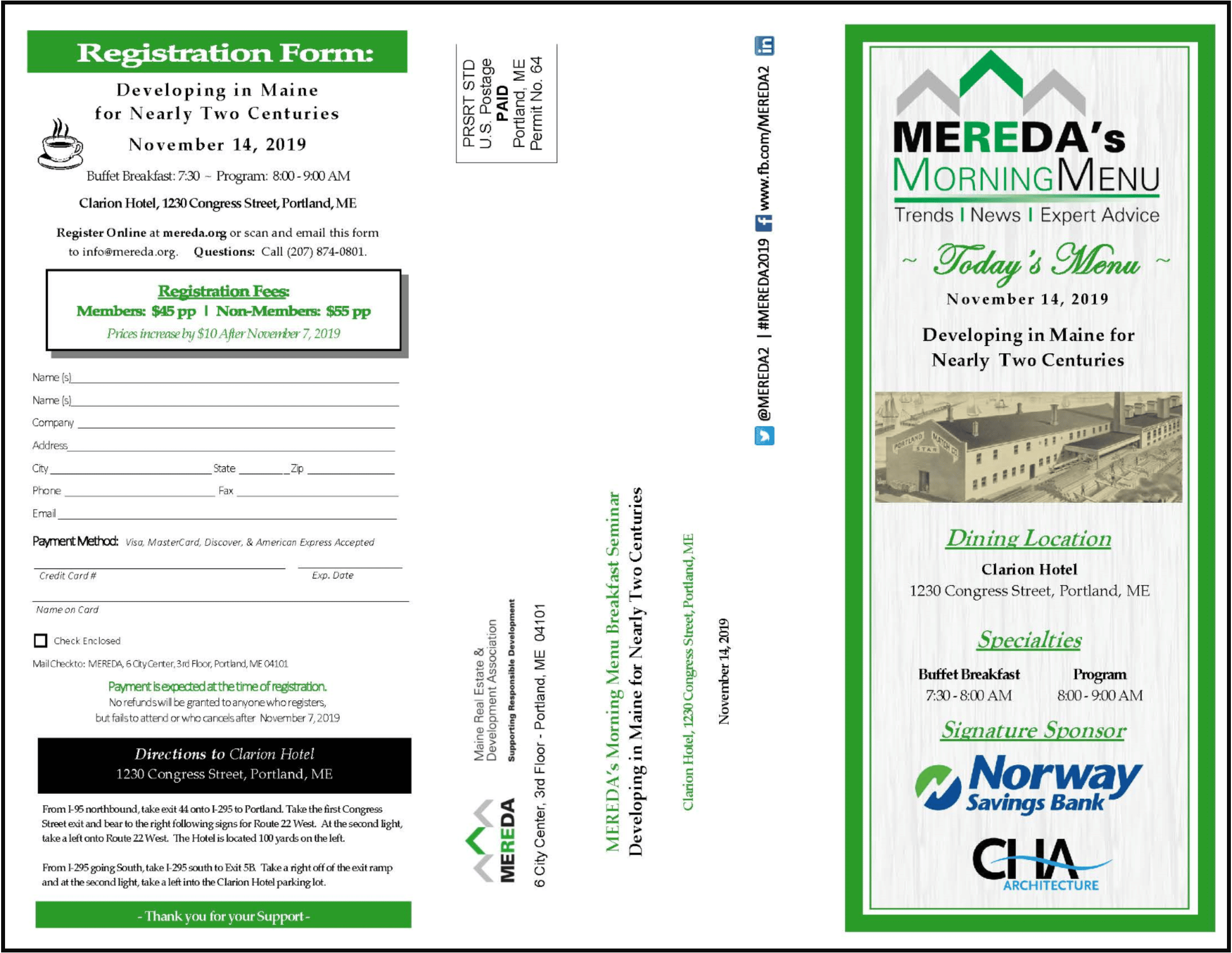